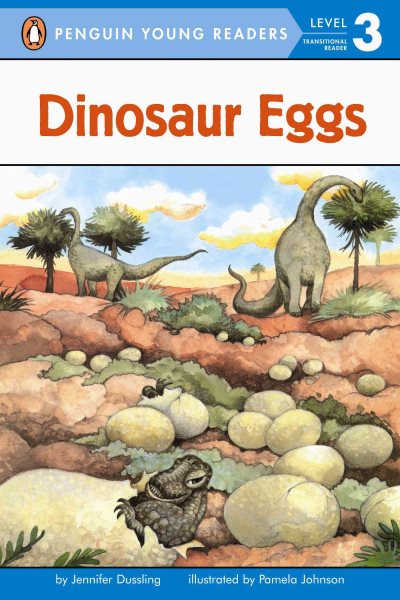 Describes a 1997 discovery of the fossilized remains of a dinosaur nesting ground and what it told the fossil hunters of the habits and behavior of the dinosaurs that used it. Read More
Several dinosaur hunters went on an expedition in South America hoping to find fossils of birds from the time of the dinosaurs. What they found instead were hundreds of fossils of dinosaur eggs, some with un-hatched baby dinosaurs inside. This was something that had never been found before! Here is a fascinating look at dinosaur egg fossils and dinosaurs in general, written in accessible language so kids can read it all by themselves. Read Less