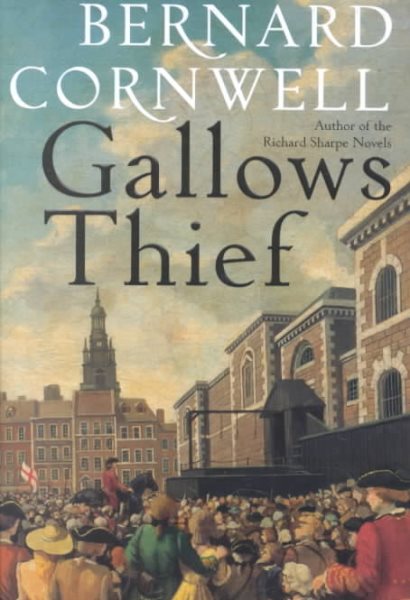 When Waterloo veteran Rider Sandman returns home to England from the war, he finds his country rife with corruption and injustice, and takes a job investigating the case of a painter sentenced to hang for a murder he did not commit. Read More
A spellbinding historical drama about an ex-soldier in 1820s London who must help rescue an innocent man from Death Row, by bestselling author Bernard CornwellIt is the end of the Napoleonic Wars and England has just fought its last victorious battle against the French. As Rider Sandman and the other heroes of Waterloo begin to make their way back to England, they find a country where corruption, poverty, and social unrest run rampant, and where "justice" is most often delivered at the end of a hangman's noose. Nowhere in London are the streets as busy as in front of Newgate Prison, its largest penitentiary, where mobs gather regularly to watch the terrible spectacle of the doomed men and women on the gallows' stands.Rider Sandman -- whose reputation on the battlefields of France is exceeded only by his renown on the cricket fields of England -- returns home from war to discover his personal affairs in a shambles. Creditors have taken over his estate, leaving him penniless -- and forcing him to release the woman he loves from her obligations to marry him. Desperate to right his situation, he accepts the offer of a job investigating the claims of innocence by a painter due to hang for murder in a few days' time. The Home Secretary makes it clear that this is pro-forma, and that he expects Sandman to rubber-stamp the verdict.But Sandman's investigation reveals that something is amiss -- that there is merit to the young artist's claims. He further discovers that, though the Queen herself has ordered a reinvestigation of the circumstances, someone else does not want the truth revealed.In a race against the clock, Sandman moves from the hellish bowels of Newgate prison to the perfumed drawing rooms of the aristocracy, determined to rescue the innocent man from the rope. As he begins to peel back the layers of an utterly corrupt penal system, he finds himself pitted against some of the wealthiest and most ruthless men in Regency England.Gallows Thief combines the rich historical texture of Edward Rutherford and the taut suspense of Caleb Carr to create an eviscerating portrait of capital punishment in nineteeth-century London. Read Less