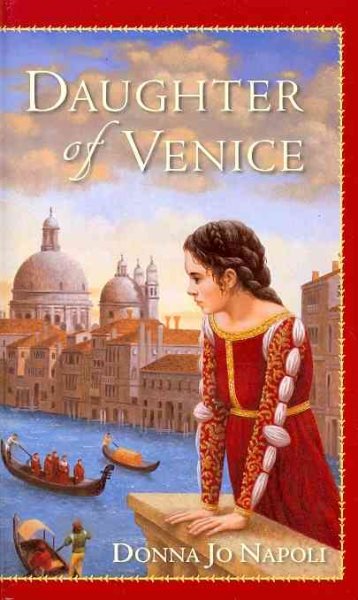 Frustrated with the restrictions her gender imposes on her life, fourteen-year-old Donata, disguised as a boy, sneaks out of her noble family's house to roam the streets of late sixteenth-century Venice. Read More
In 1592, Donata is a noble girl living in a palazzo on the Grand Canal. Girls of her class receive no education and rarely leave the palazzo. In a noble family, only one daughter and one son will be allowed to marry; Donata, like all younger daughters, will be sent to a convent. Donata longs to be tutored like her brothers and to see the Venice she has glimpsed only on the map. What is the world beyond her balcony, beyond what she sees when she glides, veiled, in a gondola down the canal? She dresses as a boy and escapes the palazzo on the Grand Canal to see the world before she is shut away, and to try to find a way to escape her fate. Donata risks everything; she changes her life, and her family’s life, forever when she walks through the door and encounters a Venice she never knew existed. Read Less

Goodreads reviews for Daughter of Venice

The Prince of the Pond: Otherwise Known as De Fawg Pin