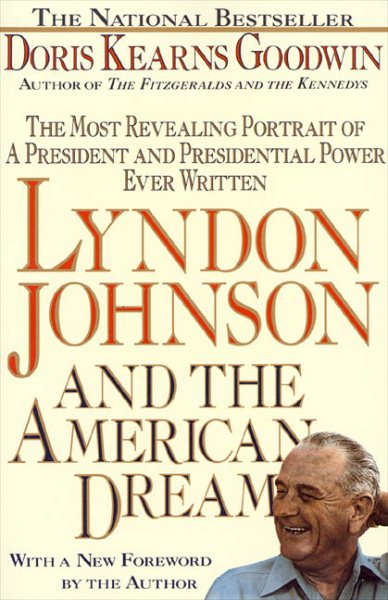 Explores the thirty-sixth President's background, his personal outlook and behavior, his political career, and the political system that fostered his rise Read More
Doris Kearns Goodwin's classic life of Lyndon Johnson, who presided over the Great Society, the Vietnam War, and other defining moments the tumultuous 1960s, is a monument in political biography. From the moment the author, then a young woman from Harvard, first encountered President Johnson at a White House dance in the spring of 1967, she became fascinated by the man--his character, his enormous energy and drive, and his manner of wielding these gifts in an endless pursuit of power. As a member of his White House staff, she soon became his personal confidante, and in the years before his death he revealed himself to her as he did to no other.Widely praised and enormously popular, Lyndon Johnson and the American Dream is a work of biography like few others. With uncanny insight and a richly engrossing style, the author renders LBJ in all his vibrant, conflicted humanity. Read Less

Goodreads reviews for Lyndon Johnson and the American Dream: The Most Revealing Portrait of a President and Presidential Power Ever Written