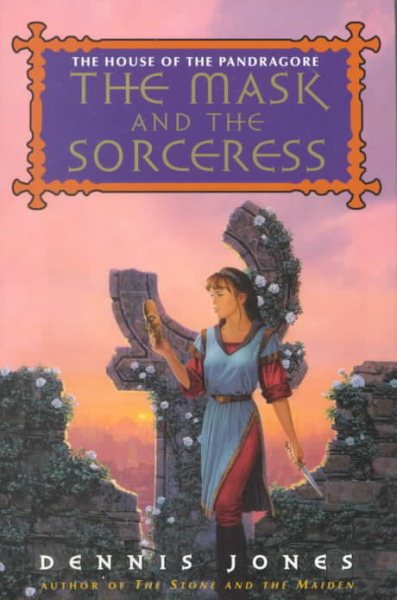 An angry, exiled princess, Theatana, plots her revenge on her hated sister and brother-in-law, who now rule the Ascendancy in peace, but before she can steal the throne from them, she must outwit her nephew and his brave and beautiful new ally. Read More
Evil and madness flow through the bloodline of the troubled House of the Pandragore, threatening the stability of the throne and the future of the Ascendancy...Seventeen centuries past, a great diviner locked the Deep Magic away forever with a powerful spell known as the Ban, deeming the primal sorcery too dangerous for use by humankind. But more than a millennium later, evil and ambition united to break the Ban in a savage war that nearly destroyed the great civilization of the Ascendancy. At dire cost Mandine and Key defeated that ferocious onslaught, and now rule their realm in a time of relative peace.But the Deep Magic is chained no more, and war again threatens the royal house. For Mandine's exiled sister -- the treacherous and dangerously insane Theatana -- has escaped her prison with the inadvertent aid of raiders from a far-off country. Not only has the dark princess mastered her madness, she has discovered within herself seeds of the blackest sorcery which will help her ascend the throne she believes rightfully hers. Armed with new allies and power, she prepares to launch a merciless assault upon her own homeland...and her blood kin.There is one, however, who is determined to thwart Theatana's implacable malice. Ilarion, heir to Key and Mandine, is prepared to pursue his mad aunt beyond the edges of the known world -- and to face untold peril on turbulent seas and in ancient lands -- in order to preserve the realm. But his path must cross hers at the very point where the world itself stands at the brink of catastrophe: on an island bitterly divided between sister and brother, goddess and god. It is here that Ilarion and Theatana both will be thrust into the seething heart of a tumultuous contest -- as the true power of an ancient tool of ritual is revealed...and the Deep Magic stirs dangerously from its long slumber.Once again author Dennis Jones masterfully transports us to a world of fiery conflict, terrible deceits, and awesome magicks -- as perfidy and death threaten a new generation of The House of the Pandragore. Read Less

Goodreads reviews for The Mask and the Sorceress Book 2

The Stone and the Maiden (House of the Pandragore, Book 1)

The Stone and the Maiden (House of Pandragore)