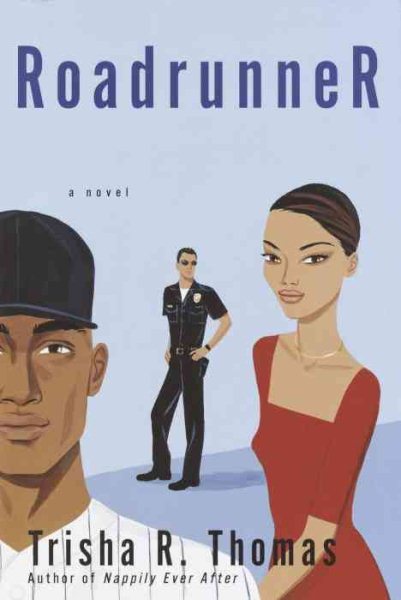 Dell "Roadrunner" Fletcher, a former major league baseball star, is on a downward spiral that is threatening his marriage to Leah, a relationship that is further strained when Leah falls in love with police officer Angel Lopez. Read More
1. The opening chapter of Roadrunner reveals Dell's state of despair. He relies on a cocktail of prescription drugs to take him to a zone where there are 'no paparazzi, no reporters, no questions he couldn't answer.' Do you get the impression that the bulk of these unanswerable questions come from the press, or from his family? Who is he trying to escape from? Is your first reaction to Dell pity or revulsion? Does that reaction change at any point in the story? 2. Just before their violent incident, Leah offers Dell a choice between his family and his misery. Do you think she is right to lay it all on the line at this point? How far should a spouse go to help his/her partner recover from an addiction or a debilitating depression? Does your answer change when you factor children into the equation? Why or why not? 3. Dell fantasizes about his pre-injury athletic prowess: 'Crouched in stance, anticipating the speed and shape of the ball . . . the crack of the bat . . . the run!' But he also dwells on his golden reputation: 'the high unmatched by any other, fans, superiority, and recognition.' Is he addicted to the game of baseball, or simply to fame? Do you think the cult of personality that the professional sports world engenders is necessarily corrupting? Or does it serve a useful purpose in providing kids with recognizable heroes? 4. As the squad car pulls up to her house, Leah recognizes that a severe shift in balance has just occurred between 'what her life really was and what she thought it ought to be.' Weeks later, as she fends off one of Angel's stronger advances, she laments that 'This wasn't supposed to be her life . . . This wasn't supposed to be happening.' Where else in the novel do we see the theme of shattered expectations and thwarted 'supposed to's? Which characters are able to adapt to the disappointments of reality, and which are destroyed by them? 5. What influence has Leah's mother had on her in terms of relationships? What influence has Angel's mother had on him? What do you think Josh learns from Leah in the course of the story? 6. Dell makes a show of thanking God for his successes in front of the media, but privately considers himself his own god, fully responsible for all his own actions. 'His days and nights had been filled with strategy, with maintaining control of his destination.' In what ways is Angel similar? Do you think Angel truly feels for Leah all that he professes, or is his obsession with her all about him? Given Angel's background, what does the wife of a professional athlete symbolize to him? 7. Does Angel's tragic family situation cause you to sympathize with him? Why do you think he's unable to go through with the dire crimes he contemplates, Squire's murder and Dell's murder among them? Is he a coward? 8. In what ways does Roadrunner address the theme of addiction? What is Leah addicted to? Angel? Elicia? Does anyone make a full recovery by the end of the novel? 9. Angel's behavior with Kayla seems to seal the deal that he's a creep. Does he overstep his bounds before this? At what point do you lose trust in Angel? Would Leah be justified in filing a sexual harassment charge against him? Why does she never consider doing so? 10. Dell often hides in his son's room because Leah 'rarely came down the hall past the point where organization and structure became disheveled, where mess and clutter lurked behind every closed door . . . She simply asked that the children's doors be kept closed so what she didn't know wouldn't hurt her.' Is this Leah's key problem—that she can't process life's messiness? If so, does Dell recognize it as a problem? 11. Right before Dell decides to piece together the puzzle of who and where he is, he awakens from an exhausting baseball dream to the realization that 'he was merely a man, nothing more.' Do you read this as a final defeat for Dell, or as a positive turning point? 12. Angel is profoundly affected by the discovery that his childhood idol has devolved into a drug-addled wife-beater. How much of his treatment of Dell is motivated by anger at having his own bubble burst? Does he pursue Leah because he has a newfound sense of his own potential, or because he wants to prove a point about men like Dell wasting their precious gifts? 13. Since money is no object in the Fletcher household, are you surprised that Leah fails to hire detectives to hunt for Dell? Is her judgment impaired by her own ambivalent feelings about her marriage, and her growing weakness toward Angel's advances? Or is she simply so used to Dell making the household decisions that she's paralyzed without him? What course of action would you take in her shoes? 14. As Leah contemplates the events that have led her and Dell to their predicament, she recalls him not as an equal partner, but as an 'opponent,' forging ahead rapidly toward his goals, while she is left 'trailing behind like a quiet breeze.' How much of her behavior toward him is motivated by jealousy and/or resentment that he pursued his dream while she raised the kids? What could they have done to ensure more equality in the marriage? Read Less

Goodreads reviews for Roadrunner: A Novel

Would I Lie to You?: A Novel