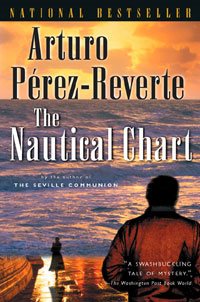 Coy, a suspended sailor with time on his hands, meets the beautiful Tâanger Soto in Barcelona at a maritime auction and embarks on an adventure to recover the "Del Gloria," a Jesuit ship sunk in the seventeenth century by pirates. Read More
Coy is a suspended sailor without a ship. At an auction in Barcelona, he meets a beautiful woman obsessed with the Dei Gloria, a Jesuit ship sunk by pirates in the seventeenth century. Tánger uses her considerable skills with men and her expertise with atlases and nautical maps to search for the ship's rumored lost treasure. Coy is quickly drawn into the search, and finds himself falling in love as they seek their fortune together. Or do they? Their journey becomes dangerous. Does the treasure really exist? Are there secrets dwelling in the depths of the sea? And what of the depths of the heart? This suspensefully plotted novel combines the richness of atmosphere we have come to expect from Arturo Pérez-Reverte with the addictive romance and mystery of the sea. A riveting read, it is an unforgettable adventure. Read Less

Goodreads reviews for The Nautical Chart

Daughter of Fortune: A Novel

The Decapitated Chicken and Other Stories