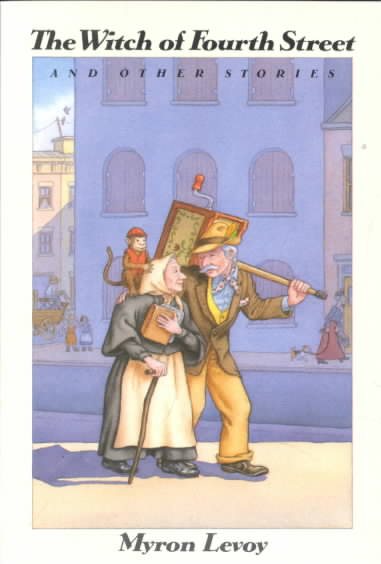 Eight tales revolve around families of different nationalities who live on New York's Lower East Side. Read More
Cathy Dunn knew that if shed id not give her penny to the witch, the old lady would turn her into a lizard. Ora goat. Or a spider so small Cathy's mother would step on her. But one day Cathy decided that she would not give up her penny, and that was the day she came down with a fever.Cathy is just one of the many children who came to New York City with their parents seekin g a better life. There is Keplik the Match Man, who builds masterpieces from used matchsticks; Noreen Callahan, who is ashamed to work in her father's smelly fish store; and even a Hanukkah Santa Claus! Read Less

Goodreads reviews for Witch of 4th Street: And Other Stories

The Hanukkah of Great-Uncle Otto

The witch of Fourth Street, and other stories