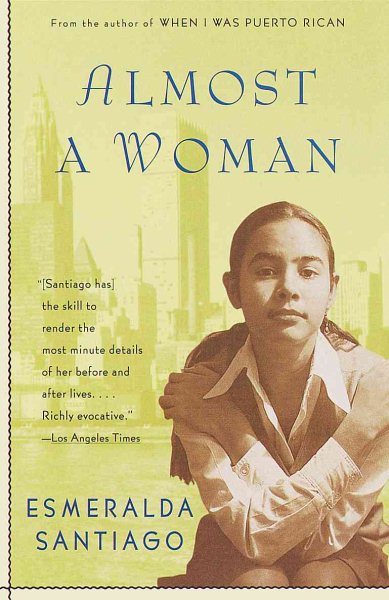 Follows the author from the Brooklyn barrios to Harvard as she overcomes an overprotective mother, siblings who scoff at her attempts to learn "Eastern Standard England," a whirlwind marriage, and her search for cultural identity Read More
"Not only for readers who share [Santiago's] experiences but for North Americans who seek to understand what it means to be the other."--The Boston GlobeIn her new memoir, the acclaimed author of When I Was Puerto Rican continues the riveting chronicle of her emergence from the barrios of Brooklyn to the theaters of Manhattan."Negi," as Santiago's family affectionately calls her, leaves rural Macún in 1961 to live in a three-room tenement apartment with seven young siblings, an inquisitive grandmother, and a strict mother who won't allow her to date. At thirteen, Negi yearns for her own bed, privacy, and a life with her father, who remains in Puerto Rico. Translating for Mami at the welfare office in the morning, starring as Cleopatra at New York's prestigious Performing Arts High School in the afternoons, and dancing salsa all night, she yearns to find balance between being American and being Puerto Rican. When Negi defies her mother by going on a series of hilarious dates, she finds that independence brings its own set of challenges.At once a universally poignant coming-of-age tale and a brave and heartfelt immigrant's story, Almost a Woman is Santiago's triumphant journey into womanhood.  "A universal tale familiar to thousands of immigrants to this country, but made special by Santiago's simplicity and honesty." --The Miami Herald"A courageous memoir. . . . One witnesses. . .the blessings, contradictions and restraints of Puerto Rican culture." --The Washington Post Book World Read Less

Goodreads reviews for Almost a Woman

When I Was Puerto Rican: A Memoir (A Merloyd Lawrence Book)