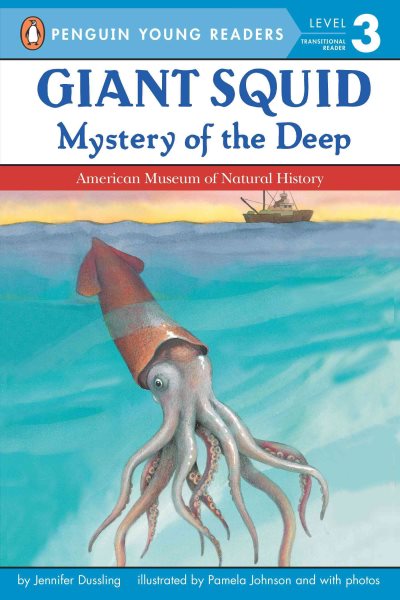 Describes a giant squid recently found off the coast of New Zealand, whose twenty-five-foot-long body can now be studied by scientists to reveal more facts about this mysterious creature of the deep Read More
Talk about a BIG catch! The 25-foot squid hauled in by a fishing boat off the coast of New Zealand in December 1997 was one of the most amazing stories of that year! Here's a fascinating look at the giant squid, cephalopods in general, and the implications of this extra-ordinary discovery--written in conjunction with The American Museum of Natural History. Read Less

Goodreads reviews for Giant Squid: Mystery of the Deep (All Aboard Science Reader: Station Level 3)