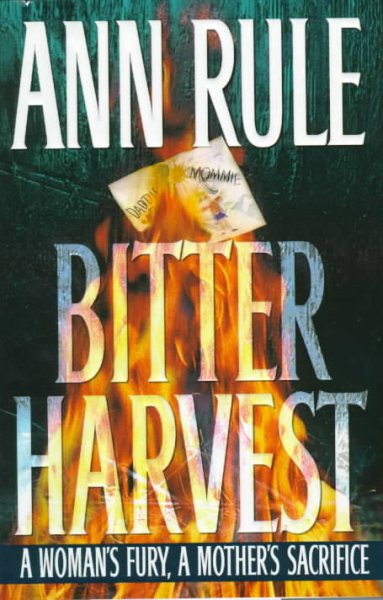 Journeys inside the twisted mind of a killer, Dr. Debora Green, after the cancer specialist was arrested for the arson murders of two of her three children and the attempted poisoning of her estranged husband Read More
On the night of October 23rd-24th, 1995, in Prairie Village, Kansas, a fierce, wind-driven fire devastated the luxurious mansion of Dr. Debora Green and her husband, Dr. Michael Farrar. Trapped and burned to death in the flames were twelve-year-old Tim Farrar and his six-year-old sister, Kelly. Lissa, ten, was barely able to leap to safety from the garage roof while her mother, arms outstretched, urged her to jump. When Michael Farrar arrived on the scene, he had lost more than his children and his home. His entire life was in ruins.The fire was the climactic event of Michael and Debora's lives. Until that summer, they seemed to have it all - a happy marriage, successful medical practices, three bright and beautiful children. Then they went on a trip to Peru with their son. There, they met attractive, blond Celeste Walker, whose husband, John, was also a successful doctor. But after that trip, nothing was the same again for either couple, and all the dark, submerged forebodings in Debora and Michael's marriage bubbled to the surface in a series of almost unbelievable horrors.First there was Tim's rebellious behavior, which erupted into physical violence against his father. Then there was Michael's illness - mysterious episodes so violent that he had to be hospitalized and came close to death. Then John Walker was found dead in his garage - was it suicide or murder? Perhaps most inexplicable of all was Debora herself, whose personality and even appearance underwent dramatic changes that summer.Bitter Harvest is the chronicle of this tragedy in the heartland of America, the true story of the disintegration of a marriage and its horrifying consequences. Ann Rule has no equal in the delineation of the aberrant criminal mind. As in her earlier books, she takes her readers deep into the psyche of a killer whose behavior, so twisted and so evil, defies belief. Her book is also the story of the tireless and skillful arson investigators, forensic scientists, and prosecutors who finally brought that killer to justice. Gripping, powerful, and ultimately terrifying, Bitter Harvest is a vivid re-creation of an unthinkable crime - and a depiction of the unimagined depths of darkness within the human spirit. Read Less