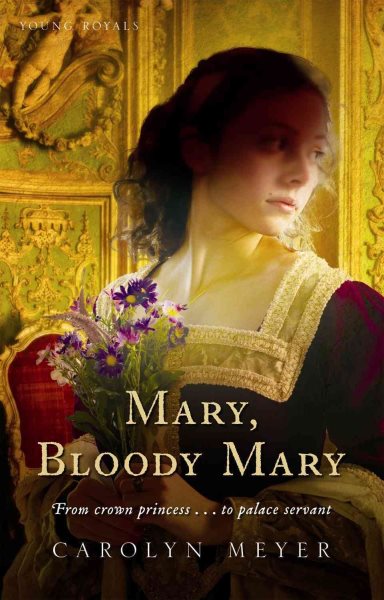 Mary Tudor, who would reign briefly as Queen of England during the mid sixteenth century, tells the story of her troubled childhood as daughter of King Henry VIII. Read More
The story of Mary Tudor's childhood is a classic fairy tale: A princess who is toinherit the throne of England is separated from her mother; abused by an evilstepmother who has enchanted her father; stripped of her title; and forced tocare for her baby stepsister, who inherits Mary's rights to the throne. Believe itor not, it's all true. Told in the voice of the young Mary, this novel explores the history and intrigueof the dramatic rule of Henry VIII, his outrageous affair with and marriage to thebewitching Anne Boleyn, and the consequences of that relationship for hisfirstborn daughter. Carolyn Meyer has written a compassionate historical novel about love and loss, jealousy and fear--and a girl's struggle with forces farbeyond her control. Read Less