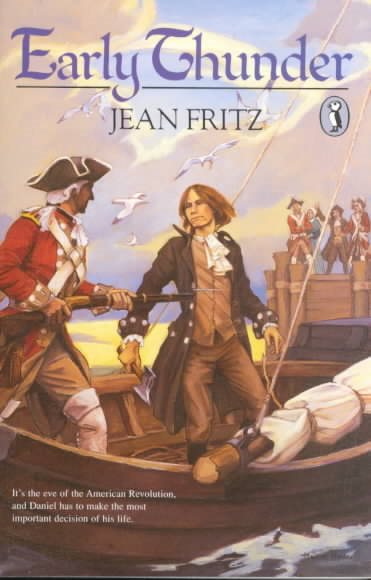 Salem in 1775 was divided by Whig-Tory conflicts which perplex 14-year-old Daniel Read More
From Newbery Honor-winning author Jean Fritz comes, "The most alive story of the American Revolution that has appeared in many years." —The Horn BookIn pre-revolutionary Salem, fourteen-year-old Daniel begins to re-examine his loyalty to the King as the conflict between Tories and patriots increasingly divides the townspeople. Read Less