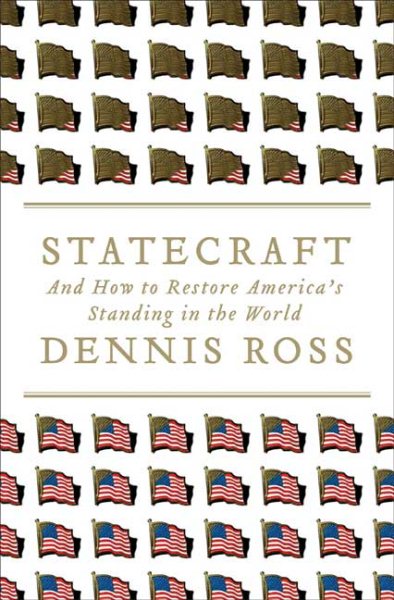 A renowned peace negotiator argues that the Bush administration's problems stem from its inability to use the tools of statecraft and its bungling diplomacy, in an inside account of how statecraft is necessary simply to keep the peace. Read More
How did it come to pass that, not so long after 9/11 brought the free world to our side, U.S. foreign policy is in a shambles? In this thought-provoking book, the renowned peace negotiator Dennis Ross argues that the Bush administration’s problems stem from its inability to use the tools of statecraft—diplomatic, economic, and military—to advance our interests.Statecraft is as old as politics: Plato wrote about it, Machiavelli practiced it. After the demise of Communism, some predicted that statecraft would wither away. But Ross explains that in the globalized world—with its fluid borders, terrorist networks, and violent unrest—statecraft is necessary simply to keep the peace.In illuminating chapters, he outlines how statecraft helped shape a new world order after 1989. He shows how the failure of statecraft in Iraq and the Middle East has undercut the United States internationally, and makes clear that only statecraft can check the rise of China and the danger of a nuclear Iran. He draws on his expertise to reveal the art of successful negotiation. And he shows how the next president could resolve today’s problems and define a realistic, ambitious foreign policy.Statecraft is essential reading for anyone interested in foreign policy—or concerned about America’s place in the world. Read Less

Goodreads reviews for Statecraft: And How to Restore America's Standing in the World

Statecraft: And How to Restore America's Standing in the Wor...

Be Strong and of Good Courage: How Israel's Most Important L...

The Missing Peace: The Inside Story of the Fight for Middle...