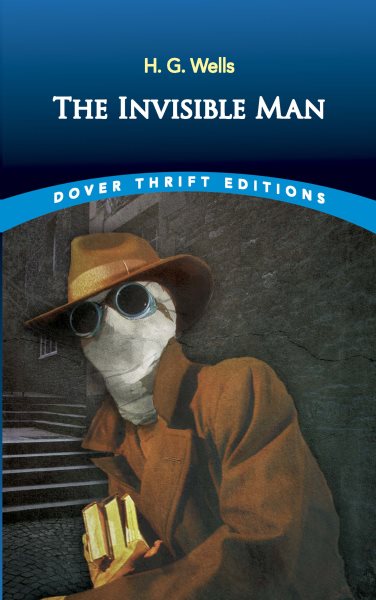 One of the most famous scientific fantasies ever written, this highly imaginative tale focuses on a scientist, capable of making himself invisible, who unleashes a bizarre streak of terror on the inhabitants of an English village. Read More
First published in 1897, The Invisible Man ranks as one of the most famous scientific fantasies ever written. Part of a series of pseudoscientific romances written by H. G. Wells (1866–1946) early in his career, the novel helped establish the British author as one of the first and best writers of science fiction.Wells' years as a science student undoubtedly inspired a number of his early works, including this strikingly original novel. Set in turn-of-the-century England, the story focuses on Griffin, a scientist who has discovered the means to make himself invisible. His initial, almost comedic, adventures are soon overshadowed by the bizarre streak of terror he unleashes upon the inhabitants of a small village. Notable for its sheer invention, suspense, and psychological nuance, The Invisible Man continues to enthrall science-fiction fans today as it did the reading public nearly 100 years ago. Read Less