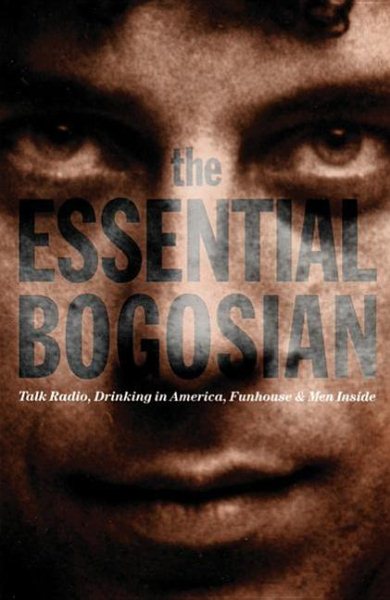 ?Mr. Bogosian has crossed the line that separates an exciting artist from a cultural hero.... Read More
&#147;Mr. Bogosian has crossed the line that separates an exciting artist from a cultural hero. What Lenny Bruce was to the 1950s, Bob Dylan to the 1960s, Woody Allen to the 1970s &#150; that’s what Eric Bogosian is to this frightening moment of drift&#133; I Know of no one else like him in pop culture right now.” -Frank Rich, New York Times&#147;Pure Theatrical Adrenaline.” -Time Out New YorkOne of America’s premier performers and most original playwrights, Eric Bogosian has earned increasing fame for his disturbing, comic appearances on stage, on film, and on the page. From his earliest evenings of monologues (Men Inside; Voices of America; Funhouse), to his best-known solo shows (Drinking in America; Sex, Drugs, Rock & Roll) and his remarkable first play (Talk Radio), Bogosian has explored the dark underbelly of the American dream with blistering prose, trenchant social criticism and breathtakingly accurate characterizations of an astonishing range of fellow citizens.The Essential Bogosian brings together Talk Radio and all of Bogosian’s monologues up through Drinking in America, providing the fullest view yet of this mercurial, much-emulated talent.One of America's premier performers and most innovative and provocative artists, Eric Bogosian's plays and solo shows include Talk Radio (Pulitzer Prize finalist); subUrbia; Sex, Drugs, Rock & Roll; Pounding Nails in the Floor with My Forehead, among many others. He has starred in a wide variety of film, TV and stage roles. Most recently, he created the character Captain Danny Ross on the long-running series Law & Order: Criminal Intent. 100, a collection of monologues, commemorating thirty years of Bogosian's solo-performance career, was published by TCG in 2014. Read Less

Goodreads reviews for The Essential Bogosian: Talk Radio, Drinking in America, FunHouse and Men Inside

King Of The Corner

Notes from Underground and Scenes from the New World