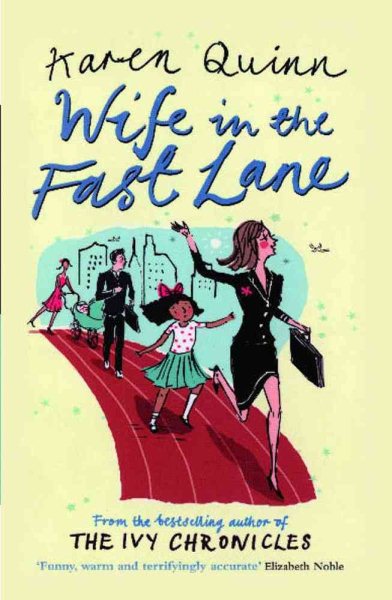 Having won two Olympic gold medals, built a multi-million-dollar business, and landed a handsome CEO husband, Christy Hayes inherits custody of an eleven-year-old girl and finds herself facing the competition of her life in the form of a treacherous business partner, a ruthless stay-at-home mom, and a scheming single woman. Original. 50,000 first printing. Read More
Christy Hayes is a case study in successful living. She's won two Olympic gold medals, built a multimillion-dollar business, and landed a gorgeous and powerful CEO husband. But Christy's dream life begins to unravel when she inherits custody of an eleven-year-old girl named Renata. Suddenly she finds herself battling three formidable opponents: a treacherous business partner bent on ousting her from the company she founded, a ruthless stay-at-home mom who'll stop at nothing to maintain her PTA power base, and a stunning single woman scheming to steal her husband. Throw in the demands of one high-maintenance spouse and it's clear: something's got to give. But what? Her marriage? Her career? Her sanity? Read Less

Goodreads reviews for Wife in the Fast Lane: A Novel

Testing for Kindergarten: Simple Strategies to Help Your Chi...