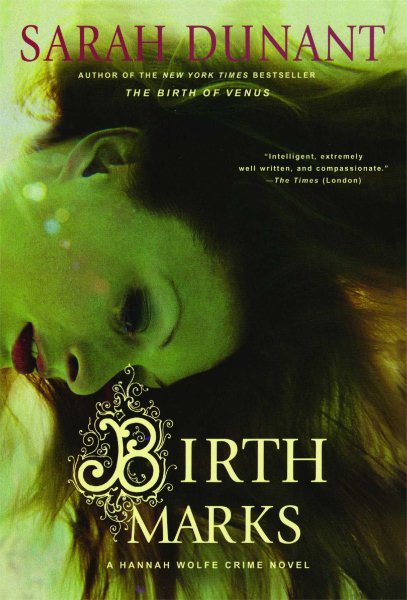 Asked to locate an eight-months-pregnant missing ballet dancer who is subsequently discovered in the Thames, the apparent victim of suicide, London-based private investigator Hannah Wolfe pursues suspicions that the woman may have been murdered instead. Reprint. 25,000 first printing. Read More
In Birth Marks, private investigator Hannah Wolfe gets a case worthy of the great detective novels she so admires. At first glance, this one doesn't fit the bill: she's asked to find a missing ballet dancer, Carolyn Hamilton. When Carolyn's body is fished out of the Thames, stones in her pockets and an eight-month-old fetus in her belly, the police think it's a no-brainer: Single pregnant woman can't face her impending responsibilities, takes a leap off a bridge. But Hannah can't shake the suspicion that something else is going on. Hannah's investigation takes her from the London dance world to the upper echelons of Parisian society in search of the unborn child's father. But his explanation only raises more questions, and for Hannah the case grows more treacherous, fueling her own ambivalent feelings about relationships and motherhood. Read Less

In The Company Of The Courtesan