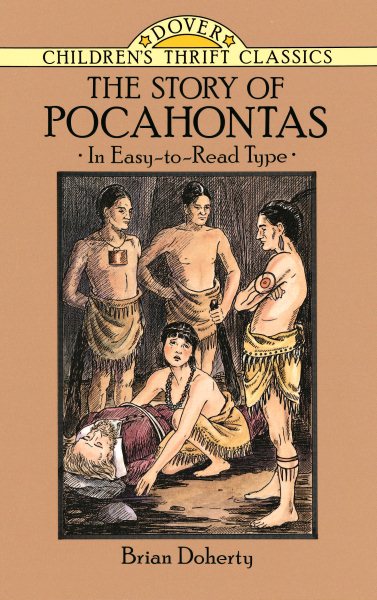 A fictionalized account of the life of Pocahontas who befriended Captain John Smith and the English settlers of Jamestown Read More
A captured colonial leader, condemned to death by Indians, is saved by the brave and dramatic act of a lovely Indian princess. That exciting and memorable scene comes to life once more in this engrossing story of Pocahontas, the daughter of Chief Powhatan, who persuaded her father to spare the life of Captain John Smith.Also here are many other incidents and episodes in the short but eventful life of Pocahontas — her encounters with the settlers of Jamestown, her captivity on a British ship and her efforts to help the English.This newly illustrated edition, set in large, easy-to-read type, invites youngsters to relive the drama, adventure, and romance that characterized the life and times of an extraordinary Native American woman. Read Less