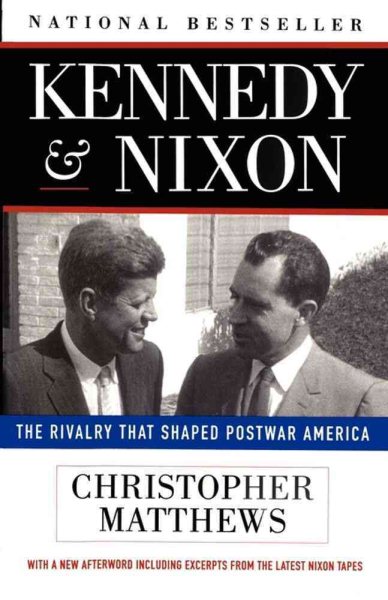 Traces the rivalry between John Kennedy and Richard Nixon, whose 1960 presidential contest set America's cold war political course Read More
John F. Kennedy and Richard Nixon each dreamed of becoming the great young leader of their age. First as friends, then as bitter enemies, they were linked by a historic rivalry that changed both them and their country. In this startling dual portrait, Chris Matthews shows how the contest between the charismatic Kennedy and the talented yet haunted Nixon propelled America toward Vietnam and Watergate. Fresh, entertaining, and revealing, Kennedy and Nixon shows how the early fondness between the two men—Kennedy, for example, told a trusted friend that if he didn’t receive the Democratic nomination in 1960, he would vote for Nixon—degenerated into distrust and bitterness. Using White House tapes, this book shows how Richard Nixon’s dread of a Kennedy “restoration” in 1972 drove the dark deeds of Watergate. Read Less

Goodreads reviews for Kennedy and Nixon: The Rivalry That Shaped Postwar America

Gila Monsters Meet You at the Airport (Reading Rainbow Book)