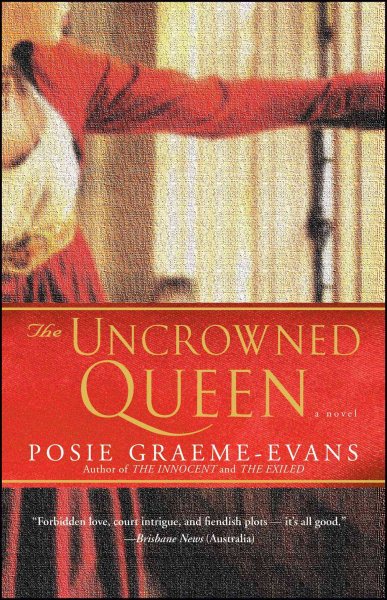 A final installment of the Anne trilogy finds Anne de Bohun, the former mistress of Edward Plantagenet, living on a small farm where she grows medicinal herbs and supports her young son, but when England is threatened by civil war, Anne is summoned to help the king broker a deal with his brother-in-law. Original. 35,000 first printing. Read More
The thrilling climax to the trilogy that began with The Innocent and The Exiled brings Posie Graeme-Evans's bittersweet story of two lovers divided by the throne of England to its dramatic conclusion. As England tears itself apart in the War of the Roses, Anne de Bohun lives far from the intrigues of cities and courts. Once King Edward IV's mistress, Anne has found safety with their son in Brugge. But now Edward himself is a hunted fugitive, and Anne's real father, King Henry VI, rules again from Westminster. Summoned by an enigmatic message from her lover, Anne is drawn once more to the passion, the excitement, and the deadly danger that Edward brings into her life. But now, the girl who was once a penniless servant has a child to protect and an inheritance to defend. Can she let her love for Edward threaten everything she has? Or will she need his help to protect her from the powerful enemy who means to destroy her? Boasting an extraordinary heroine and intense, intersecting plots, The Uncrowned Queen is a dazzling and satisfying finale to Anne de Bohun's incredible story. Read Less

Goodreads reviews for The Uncrowned Queen: A Novel (The Anne Trilogy)

The Island House: A Novel