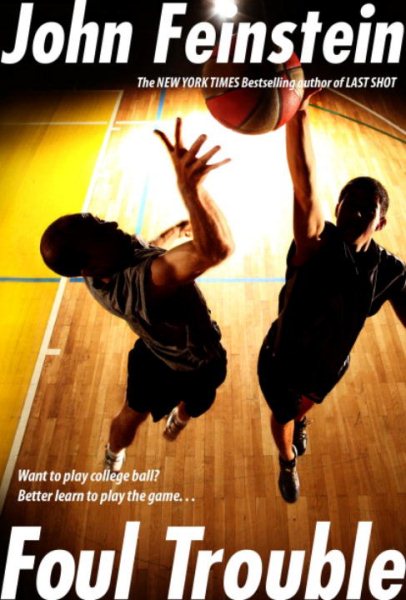 With college recruiters clambering to sign up him up, Terrell Jamerson will have to think fast if he wants to stay in the game. Read More
Bestselling sportswriter John Feinstein exposes the big money and back-room deals that pervade college-basketball recruiting in this fast-break young adult novel.   Terrell Jamerson is the #1 high school basketball player in the country. His team is poised to win State, top colleges are lining up to give him scholarships, and everyone says he could play in the NBA tomorrow. But it only takes one false step to lose everything.   Danny Wilcox is Terrell’s best friend and teammate, and a top prospect himself, but these days it seems like everyone wants to get close to Terrell: the sneaker guys, the money managers, the college boosters. They show up offering fast cars, hot girls, and cold, hard cash. They say they just want to help, but their kind of help could get Terrell disqualified.   Danny and Terrell better keep their eyes on the ball if they hope to last the season.   John Feinstein has been praised as “the best writer of sports books in America today” (The Boston Globe), and he proves it again in this fast-paced novel.   “Thorough and suspenseful; a must-read for those interested in basketball and the dealings surrounding the sport.” —Kirkus Reviews, Starred Read Less