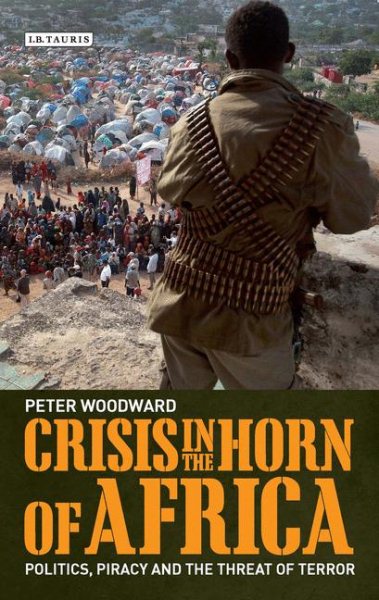 The most dangerous corner of Africa is its north-east corner where instability reigns and terrorism thrives on the antagonisms of all of its governments. This title is suitable for Africa and international relations specialists, including policy planners. Read More
<p>The most dangerous corner of Africa is its north-eastern Horn where instability reigns and terrorism thrives on the antagonisms of all it governments. The Horn of Africa comprising Ethiopia,Sudan and now South Sudan,Somalia,Djibouti,Eritrea,and stretching to include Kenya and Uganda, is a pivotal geopolitical pressure point in world politics.It stands at the hinge of Africa and the Middle East.It was of vital interest to the superpowers during the Cold War,attracting constant and unprofitable intervention.In the post-Cold War period regional political chaos,including failed states,terrorism and international piracy,has struck the death blow to the ambitions of the International Community&#39;s New World Order. The problems of the Horn,political,ideological,religious and ethnic, are compounded by natural disasters of widespread drought and famine,and have invited intervention by governments and NGOs.Tony Blair in his speech on the &#39;Doctrine of the International Community&#39; referred to the suffering of Africa as &#39;a scar on the conscience of humanity&#39;.But the New World Order&#39;s aim of &#39;good governance&#39;-free elections,a free press,independent judiciary,recognition of human rights,gender equality and effective government free of corruption- seems as far off as ever.<br>Of the many striking examples perhaps Somalia stands out as a failed state- and predatory state to the majority of its peoples-and as a seat of international terror and a society which has even spawned the present scourge of international piracy.International attention on the Horn is not limited to altruism in face of suffering with the burgeoning economic superpowers,China and India,exploiting mineral and land resources.So international rivalry-a traditional factor in the Horn&#39;s instability-will continue to haunt both its peoples and the international community. Peter Woodward&#39;s survey of the history, and regional and international relations of the Horn of Africa shows the crises have deep historical roots predating present state boundaries. These have been shaped by imperialism, sharpened by independence and by the Cold War. Chaos in the Horn has frustrated the ambitions of the post-Cold War&#39;s New World Order. This book is essential reading for all students of history, international relations and policy planners.</p> Read Less

Goodreads reviews for Crisis in the Horn of Africa: Politics, Piracy and The Threat of Terror (International Library of African Studies)

The True Story of Alexander the Great (History Channel)

Egypt - Beyond The Pyramids

Intrapreneuring in Action: A Handbook for Business Innovatio...