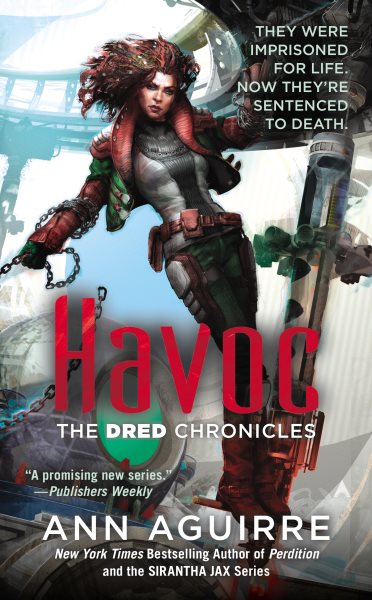 When the prison ship Perdition is taken over by mercenaries with orders to execute the prisoners, Dresdemona "Dred" Devos leads a ragtag army of inmates into a bloody war to make sure the mercenaries do not complete their mission. Original. 15,000 first printing. Read More
The Conglomerate&apos;s most dangerous convicts have made the prison ship Perdition their home. And they will defend it&apos; Perdition is under siege. Mercenaries have boarded the station with orders to take control of the facility&apos;and execute the prisoners. Their commander is offering full pardons to the first five inmates willing to help the mercs complete their mission. Dresdemona &apos;Dred&apos; Devos hasn&apos;t survived hard time just to surrender to the Conglomerate&apos;s armored thugs. Leading a ragtag army of inmates, Dred and her champion, Jael, wage a bloody guerilla war of chaos and carnage against impossible odds. But no matter how dire the outlook, the Dread Queen never backs down&apos; Read Less