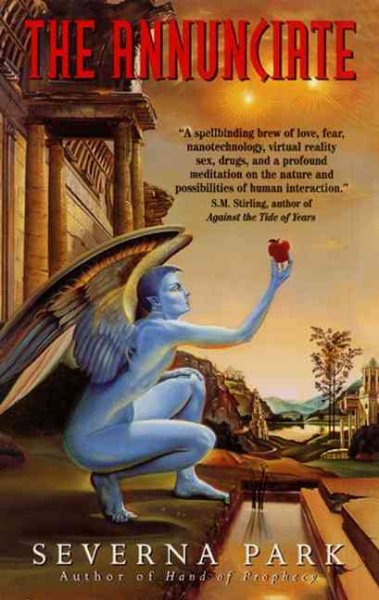 In a dark future universe, human technology has not significantly halted human violence, scientists roam a distant star system selling an opium-like drug, and plans are made to fuse human DNA with a lifeform called the Grub in hopes of finally erasing humankind's most violent tendencies. Reprint. Read More
In a dark new age, technologically advanced humans have crossed vast stretches of space-yet have remained brutally, imperfectly human.In the star system ThreeSys, three members of the elite human "Meshed" caste have used their great gifts for evil purposes -- enslaving the lower orders in the addictive dreams of a powerful narcotic. Now hunted by those seeking bloody retribution, Corey, Annmarie, and Eve-along with Eve's lower caste lover, Naverdi -- must flee to Paradise, the first world in ThreeSys to know the curse of human habitation. But something is waiting for them on the now abandoned planet -- a sinister being that can turn their own powers against them, an entity that has broken down all barriers between virtual and real; a creature that has chosen Naverdi to bear its offspring into the world. Read Less

Goodreads reviews for The Annunciate