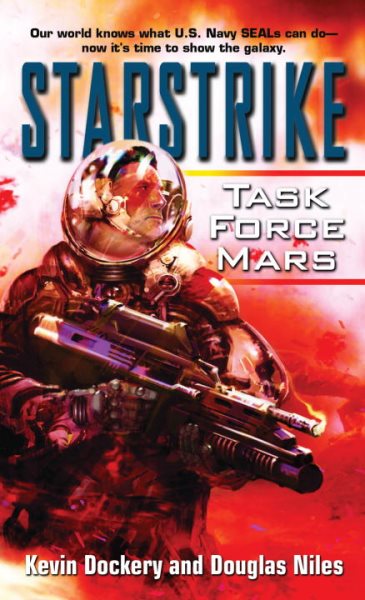 An elite squadron of space commandos battles against the deadliest dangers the galaxy has to offer, in this second novel of an action-packed, military science fiction series. Read More
With an Earth research outpost on Mars ominously silent after sending out a disturbing distress call, the U.S. military sends an elite team of Navy SEALs, led by Lieutenant Thomas Stonewall Jackson, to investigate, but the team finds itself kidnapped by hostile aliens and forced to steal an alien aircraft, battle impossible odds, and take out a high-tech planetary defense system to escape. Original. Read Less

Stalkers and Shooters: A History of Snipers

Walking Point: The Experiences of a Founding Member of the E...

Navy Seals: A History of the Early Years