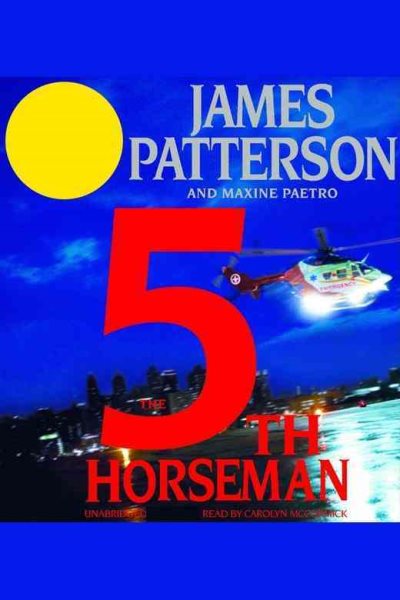 When patients mysteriously take a turn for the worse at San Francisco Medical Center, Lieutenant Lindsay Boxer and the Women's Murder Club must face an unspeakable menace, possibly the most terrifying situation they have encountered. Read More
Somebody dies. A young mother is recuperating in a San Francisco hospital when she is suddenly gasping for breath. The call button fails to bring help in time. The hospital's doctors, some of the best in the nation, are completely mystified by her death. How did this happen? Apocalypse nears. This is not the first such case at the hospital. Just as patients are about to be released with a clean bill of health, their conditions take a devastating turn for the worse.Accompanied by the newest member of the Women's Murder Club, Yuki Castellano, Lieutenant Lindsay Boxer probes deeper into the incidents. Could these cases just be appalling coincidences? Or is a maniac playing God with people's lives? When someone close to the Women's Murder Club begins to exhibit the same frightening symptoms, Lindsay fears no one is safe. The 5th horseman rides. It is a wild race against time as Lindsay's investigation reveals a hospital administration determined to shield its reputation at all costs. And while the hospital wages an explosive court battle that grips the entire nation, Lindsay and the Women's Murder Club hunt for a merciless killer among its esteemed medical staff. Read Less