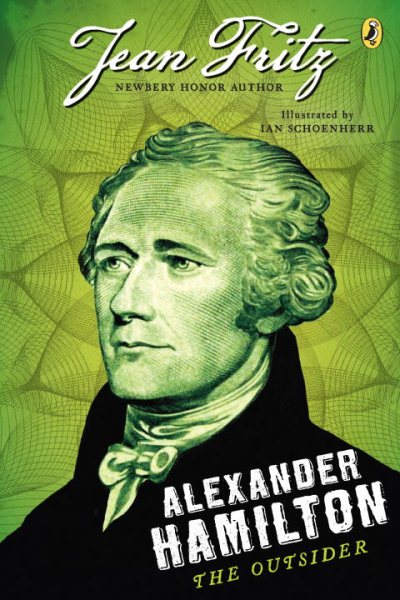 An acclaimed biographer presents the remarkable story of Alexander Hamilton, one of America's most influential and fascinating Founding Fathers, and his untimely death in a duel with Aaron Burr. Reprint. Read More
The perfect chapter book biography for young fans of the Hamilton musical! Most people know that Alexander Hamilton was killed in a duel with Aaron Burr, and that his face is on the ten dollar bill. But he was much more than that! Born in the West Indies, Hamilton arrived in New York as an immigrant, an outsider. He fought in the American Revolution and became George Washington's most valuable aide-de-camp. As one of America's Founding Fathers, he was there for the writing of the Constitution and became the first Secretary of the Treasury. Jean Fritz's award-winning talent for bringing history to life shines as she shares the true story of Alexander Hamilton, a man of action who was honorable, ambitious, and fiercely loyal to his adopted country. Read Less