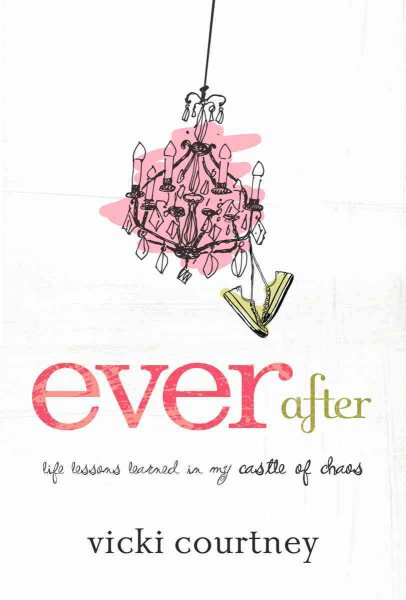 Fairytales and chick flicks end where real life begins says Vicki Courtney in this poignant, funny, and spiritual look at marriage and motherhood. Read More
Most every woman dreams about having a family and a building a home. We grow up on a steady diet of fairytales and chick flicks that drive our dreams . . . and leave us with a sugarcoated version of reality. We want it all: the prince, the kiss, the proposal, the ring, the castle, and eventually, the kids in smocked rompers playing cheerfully on the perfectly manicured lawn. Our hopes and dreams are pinned on the world’s version of happily-ever-after.The problem is, the fairytales and chick flicks end where real life begins. We never see that follow-up scene where the prince and princess argue at 3 a.m. over who will get up with the colicky newborn. Or the princess reluctantly returns to work to help pay the bills and feels the stress of juggling work and family. And you certainly won’t see that part where the princess moves her last child into the dorm and realizes the bulk of her identity has been based on being a mother.The truth is, marriage and motherhood are hard. Few of us are prepared to handle the balancing act of being a good wife and a good mother, without one or the other getting the short end of the stick. No matter how much we give or how hard we try, we never quite feel like it’s enough. And heaven help us, we always imagine every one else is doing a much better job.In Ever After, best-selling author Vicki Courtney addresses the realities of marriage and motherhood, the difficulties and the blessings. It offers women a behind the scenes glimpse of what a fairytale really looks like on the average day for the average wife and mom. Poignant, funny, and even cathartic, Vicki shares mistakes made, lessons learned, and memories to keep. Most of all, she reflects the hope and promise that God meets us in the middle wherever we are in the journey. Read Less

Goodreads reviews for Ever After: Life Lessons Learned in My Castle of Chaos

Five Conversations You Must Have with Your Daughter

Move On: When Mercy Meets Your Mess