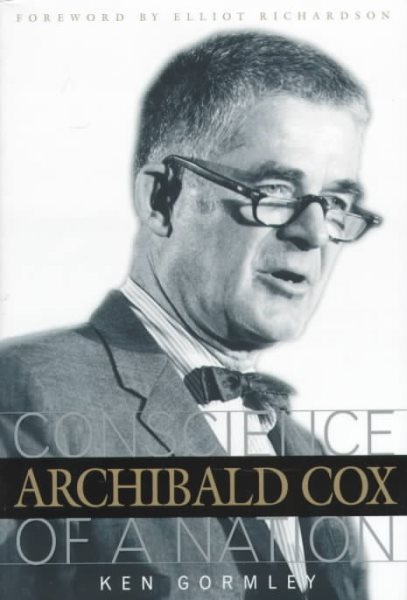 Profiles the former Solicitor General of the United States and Harvard law professor who served as the Special Prosecutor investigating the Watergate break-in Read More
By October 1973 special prosecutor Archibald Cox was tracing the Watergate cover-up to the Oval Office. President Nixon demanded that he stop. In the “Saturday Night Massacre” two heads of the Justice Department quit before Nixon found a subordinate (Robert Bork) willing to fire Cox. Immediately public opinion swung against the president and turned Cox into a hero—seemingly Washington’s last honest man.Cox’s life was distinguished well before that Saturday night. He had been a clerk for the legendary judge Learned Hand, a distinguished professor at Harvard Law School, and the Solicitor General, arguing many Supreme Court cases. He exemplified what we want lawyers to be. At its core Archibald Cox is the story of a Yankee who went to Washington but refused to leave his principles behind. Read Less

Goodreads reviews for Archibald Cox: Conscience Of A Nation

The Death of American Virtue: Clinton vs. Starr

Archibald Cox: Conscience Of A Nation

General Sherman in the last year of the civil war: An addres...