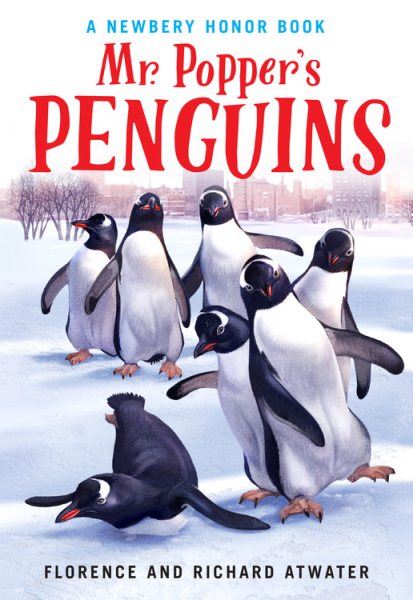 With twelve penguins on his hands as pets, Mr. Popper finds himself unable to continue his occupation as a house painter Read More
This Newbery Honor-winning novel, with over 1 million copies sold, now celebrates its 80th anniversary with a new look and interior illustrations!Mr. Popper's Penguins is one of the handful of American books for children that has attained the status of a classic. A humble house painter is sent a male penguin by the great Admiral Drake and, thanks to the arrival of a female penguin, soon has twelve penguins living in his house. First published in 1938, Mr. Popper's Penguins has amused and enchanted generations of children and their parents. Read Less