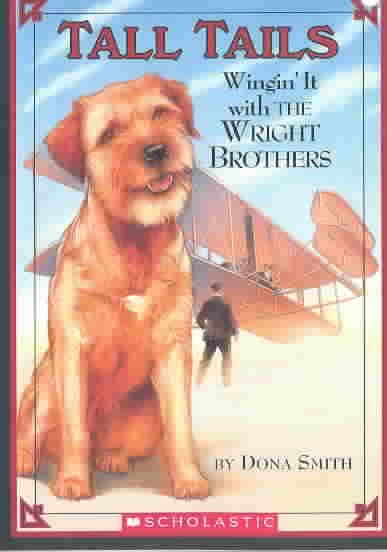 As the beloved dog of the inventive Wright brothers, Angus gets an up-close view of all the designing, building, and testing of their flying creations as it happens, while getting a front row seat to the very first successful flight. Read More
The books in the TALL TAILS series are narrated by fictional pet dogs of real historical figures. This clever mix of fact and fiction makes learning about history fun.In this humorous, inventive book, readers hear the story of the Wright brothers' first flight from the perspective of their (fictional) dogWilbur and Orville Wright's pet, Angus, is one of the smallest pooches in Dayton, Ohio. He may be a little dog, but Angus is about to play a big role in history. He'll be by the sides of his owners as they work to develop the first plane. As a matter of fact, Angus is the one who gave them the idea to try to fly!Meanwhile, Angus has escapades of his own along with his buddies, Nibbles (a mouse) and the other neighborhood dogs. Read Less