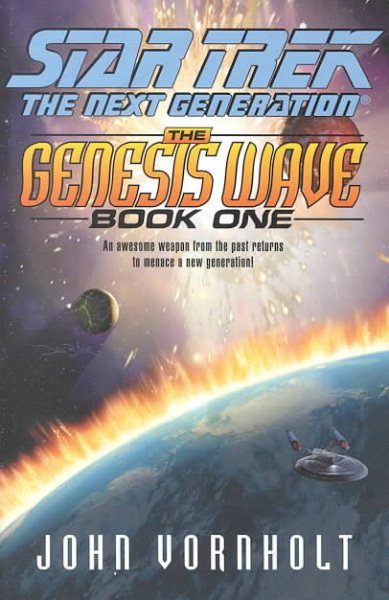 Nearly a century after the destruction of Project Genesis, which resulted in the creation of an ultimate weapon of annihilation, Genesis is mysteriously reborn, and Captain Picard and the crew of the Enterprise discover that the fate of the galaxy lies in their hands. Read More
Intended to create life from nothingness, the Genesis Device had the potential to become a weapon of awe-inspiring destructiveness, capable of rearranging matter and life energy on a planetary scale. After the cataclysmic explosion of the Genesis Planet, and the Klingon Empire's attempt to steal the top-secret technology for its own military purposes, Starfleet wisely decided to destroy all data and records on Project Genesis, hoping to bury its deadly secrets forever.Nearly a century later, all that remains of Genesis is the knowledge stored in the mind of an elderly, almost-forgotten scientist named Dr. Carol Marcus. But Dr. Marcus has gone missing, and a menace from bygone days has come rushing back with a vengeance. Read Less

Goodreads reviews for The Genesis Wave Book One (Star Trek: The Next Generation)

Rogue Saucer (Star Trek the Next Generation, No. 39)