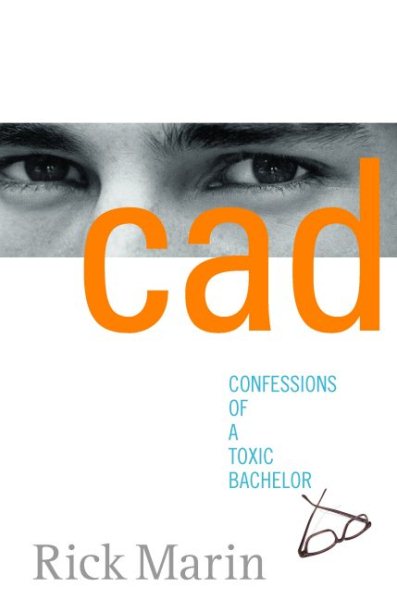 An entertaining, sometimes poignant, sometimes outrageous memoir describes the author's odyssey from the breakup of his doomed marriage to a serial dater making his way through the ranks of New York's women, as his behavior becomes more and more ungentlemanlike, and his descent into bachelor hell, until he finds true love. Reprint. 30,000 first printing. Read More
The Los Angeles Times bestseller, now in paperback--tales of the notorious New York dating scene, told from the other side of the bed.Rick Marin offers himself up for an in-depth look at man's superficial nature. At 28, a brief, doomed first marriage thrusts Marin back into Bachelor Hell. A journalist as eager to make it in Manhattan as with its female population, our emotionally myopic hero can never seem to tell if the woman in front of him is too crazy or too sane, until she gets too close. Falling out of love as often as he falls in, he vows more than once to clean up his act, only to relapse into another bender of beauties, blow-offs, and bad behavior--all in desperate pursuit of the woman who can redeem him.In this rollicking, frequently insensitive and ultimately poignant memoir, Marin proves a master of the light touch even in his darkest hours. It is one man's story, but many men will read it as their own. And for any woman who has ever wondered, "What was he thinking?" This is what he was thinking. Read Less

Goodreads reviews for Cad: Confessions of a Toxic Bachelor

The Knight and the Dragon (Paperstar Book)

Don't Know Much About® the Civil War: Everything You Need to...