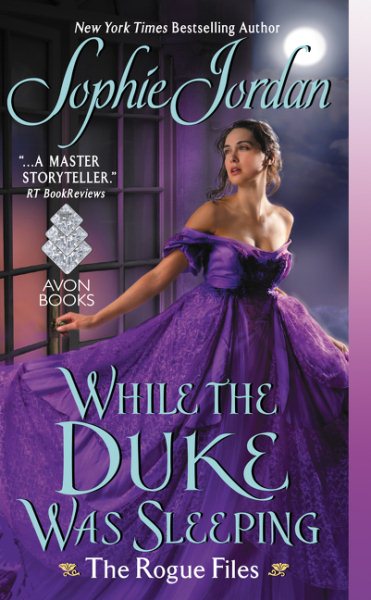 When she is mistaken for the Duke of AutenberryÆs fiancT after he falls into a coma in her arms, shop girl Poppy Fairchurch is challenged by the DukeÆs arrogant and much too handsome half-brother, Struan Mackenzie. By a New York Times best-selling author. Original. 150,000 first printing. Read More
Sometimes the man of your dreams . . .Shop girl Poppy Fairchurch knows it&apos;s pointless fantasizing about the Duke of Autenberry. Still, dreams can&apos;t hurt anyone . . . unlike the carriage Poppy spies bearing down upon the unsuspecting duke. After she pulls him to safety, the duke lapses into a coma and Poppy is mistaken for his fiancée. But one person isn&apos;t fooled: his arrogant and much too handsome half-brother, Struan Mackenzie. Soon Poppy isn&apos;t sure what she wants more . . . the fantasy of her duke or the reality of one smoldering Scot who challenges her at every turn.. . . is not who you think.An illegitimate second son, Struan may have built an empire and established himself as one of the wealthiest men in Britain, but he knows he will always be an outsider among the ton. Just like he knows the infuriating Poppy is a liar. There&apos;s no way the haughty Duke of Autenberry would deign to wed a working class girl. It doesn&apos;t matter how charming she is. Or tempting. Or how much Struan wants her for himself. Read Less

Goodreads reviews for While the Duke Was Sleeping: The Rogue Files

The Duke Goes Down: The Duke Hunt

The Duke Buys a Bride: The Rogue Files