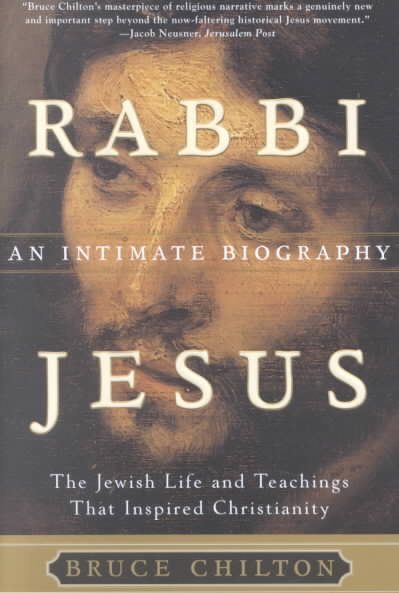 A biblical scholar offers a close-up look at the religious and cultural forces that shaped the life and teachings of Jesus Christ, drawing on recent archaeological discoveries to furnish a vivid account of the political forces, social customs, and religious beliefs and practices of the period and analyzing ancient texts to examine Jesus's early life. Reprint. Read More
Beginning with the Gospels, interpretations of the life of Jesus have flourished for nearly two millennia, yet a clear and coherent picture of Jesus as a man has remained elusive. In Rabbi Jesus, the noted biblical scholar Bruce Chilton places Jesus within the context of his times to present a fresh, historically accurate, and revolutionary examination of the man who founded Christianity.Drawing on recent archaeological findings and new translations and interpretations of ancient texts, Chilton discusses in enlightening detail the philosophical and psychological foundations of Jesus&apos; ideas and beliefs. His in-depth investigation also provides evidence that contradicts long-held beliefs about Jesus and the movement he led. Chilton shows, for example, that the High Priest Caiaphas, as well as Pontius Pilate, played a central role in Jesus&apos; execution. It is, however, Chilton&apos;s description of Jesus&apos; role as a rabbi, or "master," of Jewish oral traditions, as a teacher of the Cabala, and as a practitioner of a Galilean form of Judaism that emphasized direct communication with God that casts an entirely new light on the origins of Christianity. Seamlessly merging history and biography, this penetrating, highly readable book uncovers truths lost to the passage of time and reveals a new Jesus for the new millennium. Read Less