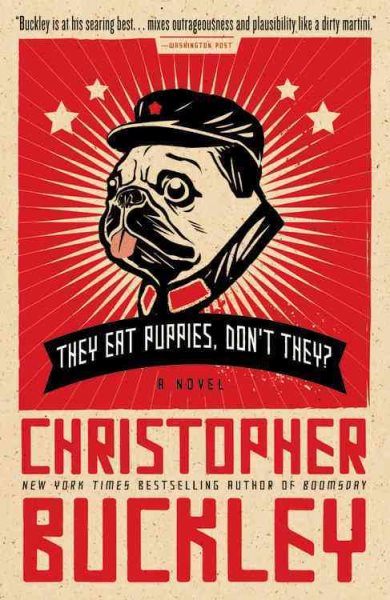 Starting a rumor about an assassination plot targeting the Dalai Lama as part of an effort to gain support for a secret weapons system, lobbyist Bird McIntyre and Neo-Con Angel Templeton provoke Washington crises that bring the United States and China to the brink of war. By the award-winning author of Supreme Courtship. Reprint. 100,000 first printing. Read More
In an attempt to gain congressional approval for a top-secret weapons system, Washington lobbyist "Bird" McIntyre teams up with sexy, outspoken neocon Angel Templeton to pit the American public against the Chinese. When Bird fails to uncover an authentic reason to slander the nation, he and Angel put the Washington media machine to work, spreading a rumor that the Chinese secret service is working to assassinate the Dalai Lama. Meanwhile in China, mild-mannered President Fa Mengyao and his devoted aide Gang are maneuvering desperately against sinister party hard-liners Minister Lo and General Han. Now Fa and Gang must convince the world that the People's Republic is not out to kill the Dalai Lama, while maintaining Fa's small margin of power in the increasingly militaristic environment of the party. On the home front, Bird must contend with a high-strung wife who entertains Olympic equestrian ambition, and the qualifying competition happens to be taking place in China. As things unravel abroad, Bird and Angel's lie comes dangerously close to reality. And as their relationship rises to a new level, so do mounting tensions between the United States and China. Read Less

Goodreads reviews for They Eat Puppies, Don't They?: A Novel