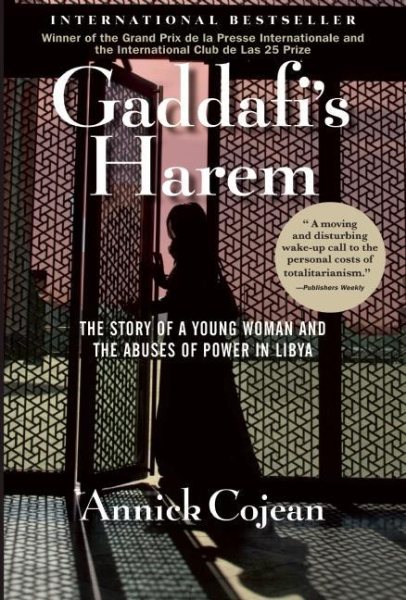 Follows a fifteen-year-old girl who, after presenting Gaddafi with a bouquet of flowers during a visit to her school, was summoned to his compound where she, along with a number of young women, was violently abused, raped, and degraded. Read More
Soraya was just fifteen, a schoolgirl in the coastal town of Sirte, when she was given the honor of presenting a bouquet of flowers to Colonel Gaddafi, ?the Guide,” on a visit he was making to her school the following week. This one meeting?a presentation of flowers, a pat on the head from Gaddafi?changed Soraya’s life forever. Soon afterwards, she was summoned to Bab al-Azizia, Gaddafi’s palatial compound near Tripoli, where she joined a number of young women who were violently abused, raped and degraded by Gaddafi. Heartwrenchingly tragic but ultimately redemptive, Soraya’s story is the first one of many that are just now beginning to be heard. But sex and rape remain the highest taboo in Libya, and women like Soraya (whose identity is protected by a pseudonym here) risk being disowned or even killed by their dishonored family members.In Gaddafi’s Harem, an instant bestseller on publication in France, where it has already sold more than 100,000 copies in hardcover, Le Monde special correspondent Annick Cojean gives a voice to Soraya’s story, and supplements her investigation into Gaddafi’s abuses of power through interviews with people who knew Soraya, as well as with other women who were abused by Gaddafi. Read Less

Goodreads reviews for Gaddafi's Harem: The Story of a Young Woman and the Abuses of Power in Libya

We All Wore Stars: Memories of Anne Frank from Her Classmate...