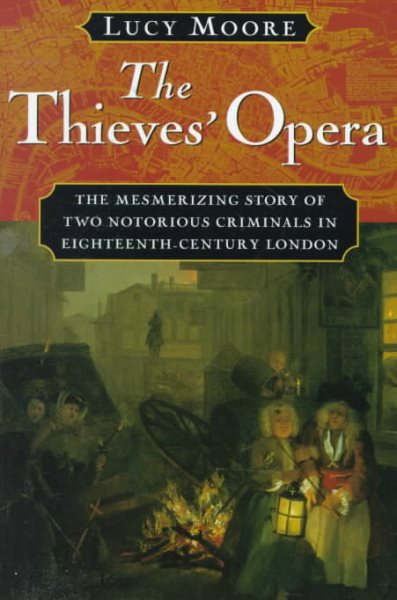 Portrays the rivalry between two thieves of Georgian London--Jonathan Wild, who dominated London's underworld, and Jack Sheppard, who became a folk hero Read More
Georgian London was a city of contrasts: Its bourgeois elegance and refinement thrived amid filth and foul smells, decadence and depravity. Crime was everywhere - from pickpockets and prostitutes in the city center to plundering highwaymen on the outskirts.Jonathan Wild came to dominate London's criminal underworld in part by orchestrating the theft of personal goods and then offering them back to their rightful owners - at a price. The reputation and credibility of this self-styled "Thief-taker General" were such that, in 1720, the Privy Council sought his advice on how to deal with the rising crime rate in England's capital city.Jack Sheppard, on the other hand, was the archetypal idle apprentice, who spent his free time drinking, gambling, and whoring in London's Covent Garden, eventually falling into a life of petty crime. When Sheppard refused to work for Wild (as almost every other thief was forced to do), Wild had him arrested, tried, and convicted. But his extraordinary ability to escape from prison - repeatedly and against striking odds - made Sheppard a celebrated folk hero.As popular opinion - and, with it, money and power - swayed away from the thief-taker to the housebreaker, tension between the two spiraled to a dramatic climax.The Thieves' Opera is an eminently readable work of popular history that blends scholarship with the best of the storyteller's art. Read Less

Goodreads reviews for The Thieves' Opera: The Mesmerizing Story of Two Notorious Criminals in Eighteenth-Century London

Into the Canyon: Seven Years in Navajo Country

Into the Canyon: Seven Years in Navajo Country