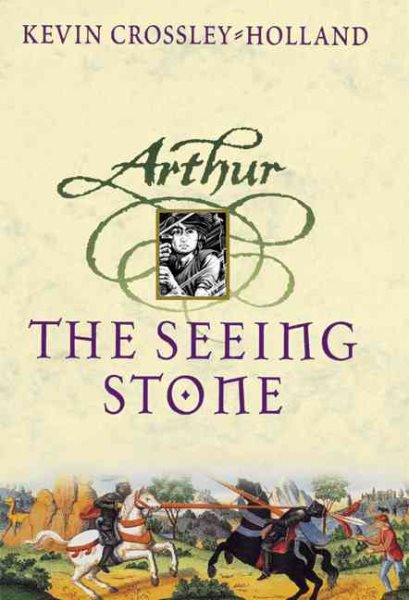 In late twelfth-century England, a thirteen-year-old boy named Arthur recounts how Merlin gives him a magical seeing stone which shows him images of the legendary King Arthur, the events of whose life seem to have many parallels to his own. Read More
Arthurian legend comes to life in the first novel in this remarkable, award-winning sagaThirteen-year-old Arthur de Caldicot lives on a manor, desperately waiting for the moment he can become a knight. One day his father's friend Merlin gives him a shining black stone - a seeing stone - that shows him visions of his namesake, King Arthur. The legendary dragons, battles, and swordplay that young Arthur witnesses seem a world away from his own life. And yet there is something definitely joining the Arthurs together. It will be Arthur de Caldicot's destiny to discover how his path is intertwined with a king's . . . for the past is not the only thing the seeing stone can see. Read Less

Goodreads reviews for The Seeing Stone - Arthur Trilogy, Book One