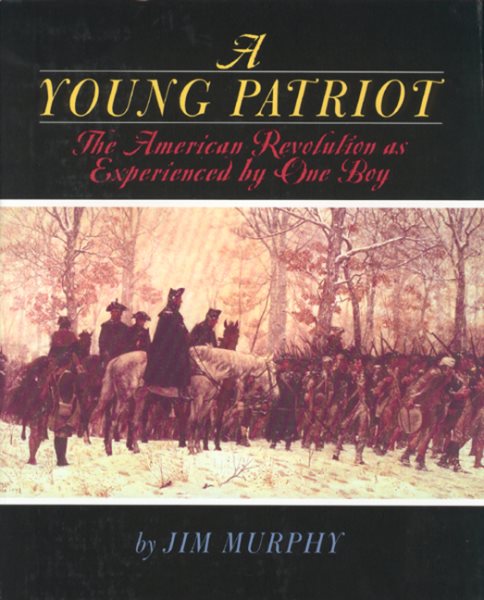 Recounts skirmishes and major campaigns by a soldier who enlisted at age fifteen and served seven years with Washington's Continental Army Read More
In the summer of 1776, Joseph Plumb Martin was a fifteen-year-old Connecticut farm boy who considered himself "as warm a patriot as the best of them." He enlisted that July and stayed in the revolutionary army until hostilities ended in 1783. Martin fought under Washington, Lafayette, and Steuben. He took part in major battles in New York, Monmouth, and Yorktown. He wintered at Valley Forge and then at Morristown, considered even more severe. He wrote of his war years in a memoir that brings the American Revolution alive with telling details, drama, and a country boy's humor. Jim Murphy lets Joseph Plumb Martin speak for himself throughout the text, weaving in historical backfround details wherever necessary, giving voice to a teenager who was an eyewitness to the fight that set America free from the British Empire. Read Less

Goodreads reviews for A Young Patriot: The American Revolution as Experienced by One Boy

An American Plague: The True and Terrifying Story of the Yel...

West to a Land of Plenty: The Diary of Teresa Angelino Visca...