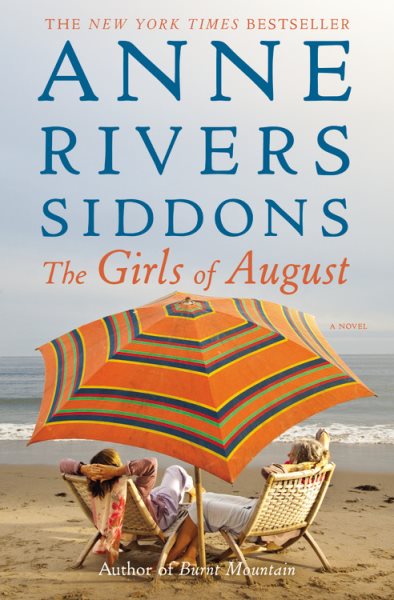 Four friends, who used to meet for an annual summer beach vacation, drift apart after one of their group tragically dies but reconvene years later. Read More
Anne Rivers Siddons's New York Times bestselling novel about four friends whose lives are forever changed by the events of one summer.For fifteen years, four "girls of August" would gather together to spend a week at the beach, until tragedy interrupts their ritual. Now they reunite for a startling week of discoveries.The ritual began when they were in their twenties and their husbands were in medical school, and became a mainstay of every summer thereafter. Their only criteria was oceanfront and isolation, their only desire to strengthen their far-flung friendships. They called themselves the Girls of August. But when one of the Girls dies tragically, the group slowly drifts apart and their vacations together are brought to a halt.Years later, a new marriage reunites them and they decide to come together once again on a remote barrier island off the South Carolina coast. There, far from civilization, the women uncover secrets that will change them in ways they never expected. Read Less

Goodreads reviews for The Girls of August