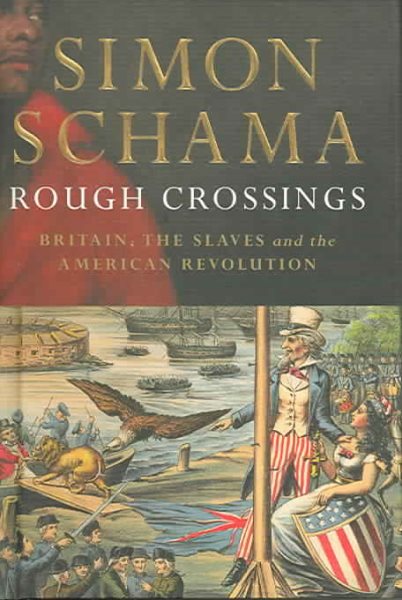 A noted historian explores a little-known event in American history where thousands of slaves escaped Southern slavery to give their allegiance to King George during the Revolution, only to be betrayed by the Crown. Read More
Rough Crossings turns on a single huge question: if you were black in America at the start of the Revolutionary War, whom would you want to win? In response to a declaration by the last governor of Virginia that any rebel-owned slave who escaped and served the King would be emancipated, tens of thousands of slaves -- Americans who clung to the sentimental notion of British freedom -- escaped from farms, plantations and cities to try to reach the British camp. This mass movement lasted as long as the war did, and a military strategy originally designed to break the plantations of the American South had unleashed one of the great exoduses in American history.With powerfully vivid storytelling, Schama details the odyssey of the escaped blacks through the fires of war and the terror of potential recapture at the war's end, into inhospitable Nova Scotia, where thousands who had served the Crown were betrayed and, in a little-known hegira of the slave epic, sent across the broad, stormy ocean to Sierra Leone. Read Less

Goodreads reviews for Rough Crossings: Britain, The Slaves and the American Revolution

A History of Britain: The Complete Collection

The Embarrassment of Riches: An Interpretation of Dutch Cult...

A History of Britain: The Complete Collection (2008 Repackag...