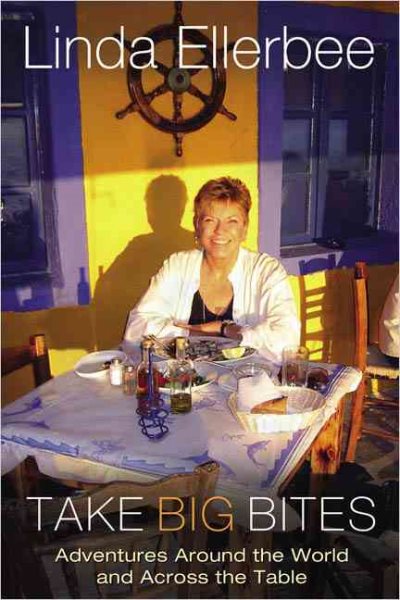 The author presents a culinary and travel memoir in which she recalls the people she met in numerous other cultures, describes the foods she ate, and shares several recipes. Read More
The celebrated journalist, producer, and bestselling author takes us on a remarkable culinary journey through "a life lived interestingly, if not especially intelligently." Linda Ellerbee's first two books were instant classics: And So It Goes, a hilarious, unblinking look at television journalism that spent months as a bestseller; and Move On, a wry, intimate look at a woman in her time that became a milestone in autobiographical writing. Now she takes us both farther afield and closer to home in a memoir of travel, food, and personal (mis)adventure that brims with warmth, wit, uncommon honesty, inspired storytelling . . . and a few recipes as well. In Vietnam, preconceptions collide with the soup. . . . In France, lust flares with the pâté and dies with the dessert. . . .In Bolivia, a very young missionary finds her food flavored with hypocrisy . . . while at the bottom of the Grand Canyon an older woman discovers gorp is good, fear is your friend, and Thai chicken tastes best when you're soaked by rain and the Colorado River. From Italy to Afghanistan, from Mexico to Massachusetts, Ellerbee leads us on a journey of revelation, humor, and heart. "What can you say about Linda Ellerbee?" Ted Koppel once wrote. "The woman is raucous and irreverent and writes like a dream." Take Big Bites proves it again. Read Less

Take Big Bites: Adventures Around the World and Across the T...

And So It Goes

Move on: Adventures in the Real World