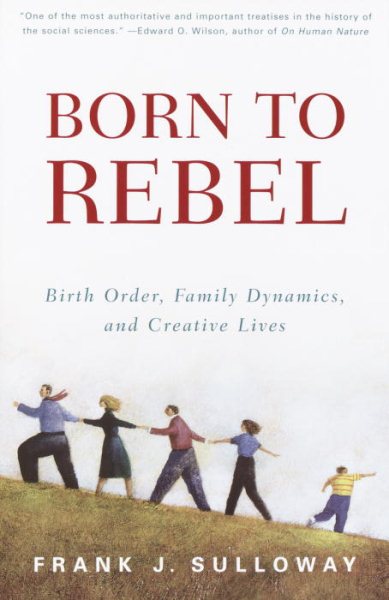 A theory of the significance of birth order assesses the impact of family dynamics on personality and the human character in terms of sibling competition Read More
A New York Times Notable Book of the Year"An important and valuable study that will define research agendas for years to come. It is also hugely fun to read."--Boston GlobeWhy do people raised in the same families often differ more dramatically in personality than those from different families? What made Charles Darwin, Benjamin Franklin, and Voltaire uniquely suited to challenge the conventional wisdom of their times? This pioneering inquiry into the significance of birth order answers both these questions with a conceptual boldness that has made critics compare it with the work of Freud and of Darwin himself.         Frank J. Sulloway envisions families as ecosystems in which siblings compete for parental favor by occupying specialized niches.  Combing through thousands of biographies in politics, science, and religion, he demonstrates that firstborn children are more likely to identify with authority whereas their younger siblings are predisposed to rise against it. Family dynamics, Sulloway concludes, is a primary engine of historical change. Elegantly written, masterfully researched, Born to Rebel is a grand achievement that has galvanized historians and social scientists and will fascinate anyone who has ever pondered the enigma of human character.        "Daring . . . a stunning achievement. "    --The New York Times Book Review Read Less

Freud Biologist Of The Mind

Freud, Biologist of the Mind Beyond the Psychoanalytic Legen...