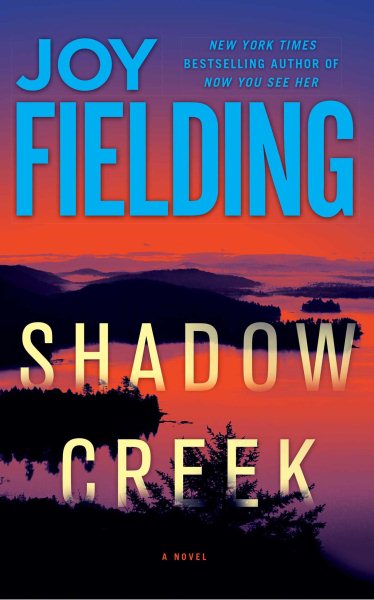 An unlikely group of campers including a woman, her two oddball friends, her teen daughter and her ex's fiancée embark on a trip in the Adirondacks only to be targeted by a pair of teenage killers. By the best-selling author of Now You See Her. 75,000 first printing. Read More
An innocent group of campers ventures into the Adirondacks where they quickly learn that there’s something deadly lurking in the shadows at Shadow Creek, in this heart-pounding thriller by New York Times bestselling author Joy Fielding.Due to a last-minute change in plans, a group of unlikely traveling companions finds themselves on a camping trip in the Adirondacks. They include the soonto- be-divorced Valerie; her oddball friends, Melissa and James; her moody teenage daughter, Brianne; and Val’s estranged husband’s fiancée, Jennifer. Val is dealing with unresolved feelings toward her ex and grappling with jealousy and resentment toward his younger, prettier new flame, a woman with some serious issues of her own. Brianne is sixteen and openly rebellious, caught up in a web of secrets and lies. What Val and her companions don’t know is that a pair of crazed killers is wreaking havoc in the very same woods. When an elderly couple is found slaughtered and Brianne goes missing, Val finds herself in a nightmare much worse than anything she could have anticipated. She was half-expecting it to be the trip from hell, but what she never could have predicted was that this impromptu little excursion would become an all-out struggle for survival. Read Less