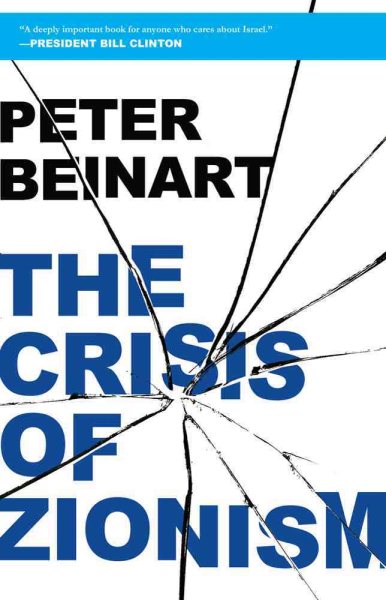 Examines how a powerful Jewish community and noninterest in Zionism by younger American Jews has hurt Israel's efforts for democracy, with an exploration of current American-Israeli political relations and suggestions for rejuvenating the movement. Read More
Israel's next great crisis may come not with the Palestinians or Iran but with young American JewsA dramatic shift is taking place in Israel and America. In Israel, the deepening occupation of the West Bank is putting Israeli democracy at risk. In the United States, the refusal of major Jewish organizations to defend democracy in the Jewish state is alienating many young liberal Jews from Zionism itself. In the next generation, the liberal Zionist dream--the dream of a state that safeguards the Jewish people and cherishes democratic ideals--may die.In The Crisis of Zionism, Peter Beinart lays out in chilling detail the looming danger to Israeli democracy and the American Jewish establishment's refusal to confront it. And he offers a fascinating, groundbreaking portrait of the two leaders at the center of the crisis: Barack Obama, America's first "Jewish president," a man steeped in the liberalism he learned from his many Jewish friends and mentors in Chicago; and Benjamin Netanyahu, the Israeli prime minister who considers liberalism the Jewish people's special curse. These two men embody fundamentally different visions not just of American and Israeli national interests but of the mission of the Jewish people itself.Beinart concludes with provocative proposals for how the relationship between American Jews and Israel must change, and with an eloquent and moving appeal for American Jews to defend the dream of a democratic Jewish state before it is too late. Read Less

Goodreads reviews for The Crisis of Zionism

The Icarus Syndrome: A History of American Hubris