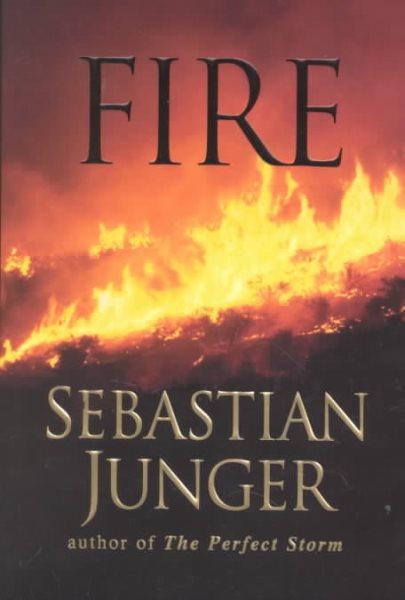 Forest fires, terrorism, war: explorations of danger by the author of The Perfect Storm. Read More
For readers and viewers of The Perfect Storm, opening this long-awaited new work by Sebastian Junger will be like stepping off the deck of the Andrea Gail and into the inferno of a fire burning out of control in the steep canyons of Idaho. Here is the same meticulous prose brought to bear on the inner workings of a terrifying elemental force; here is a cast of characters risking everything in an effort to bring that force under control.Few writers have been to so many desperate corners of the globe as has Sebastian Junger; fewer still have provided such starkly memorable evocations of characters and events. From the murderous mechanics of the diamond trade in Sierra Leone to the logic of guerrilla warfare in Afghanistan and the forensics of genocide in Kosovo, this new collection of Junger's nonfiction will take you places you wouldn't dream of going to on your own. Read Less

Tribe: On Homecoming and Belonging