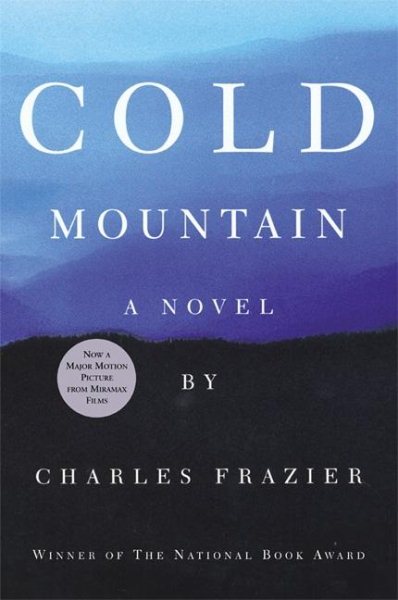 Inman, a wounded soldier, walks away from the front during the Civil War to return to his prewar sweetheart, Ada, who desperately works to revive a struggling farm Read More
Cold Mountain is an extraordinary novel about a soldier’s perilous journey back to his beloved at the end of the Civil War. At once a magnificent love story and a harrowing account of one man’s long walk home, Cold Mountain introduces a stunning new talent in American literature.Based on local history and family stories passed down by the author’s great-great-grandfather, Cold Mountain is the tale of a wounded soldier, Inman, who walks away from the ravages of the war and back home to his prewar sweetheart, Ada. Inman’s odyssey through the devastated landscape of the soon-to-be-defeated South interweaves with Ada’s struggle to revive her father’s farm, with the help of an intrepid young drifter named Ruby. As their long-separated lives begin to converge at the close of the war, Inman and Ada confront the vastly transformed world they’ve been delivered.Charles Frazier reveals marked insight into man’s relationship to the land and the dangers of solitude. He also shares with the great nineteenth century novelists a keen observation of a society undergoing change. Cold Mountain re-creates a world gone by that speaks eloquently to our time. Read Less