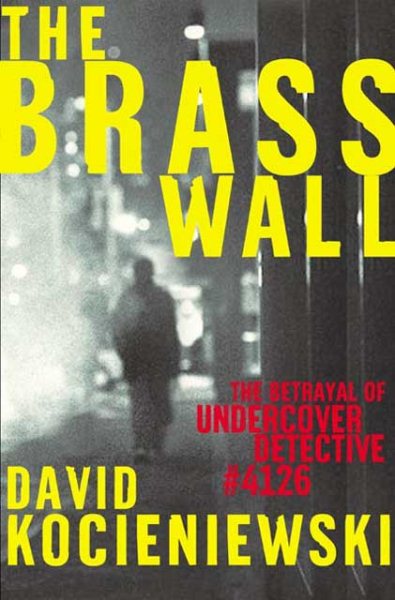 Traces the efforts of NYPD detective Vincent Armanti to infiltrate the mafia family responsible for a fireman's death, during which he discovered that those he was investigating had access to classified police information. Read More
It was a dirty decade, and every headline blared news of policemen on the take. But Vincent Armanti, NYPD undercover detective #4126, was true blue. Known for impersonating hit men, drug dealers, and gunrunners, he was hip to the lingo of the Costa Nostra showboats in Rego Park and could charm the pinky rings off the Little Italy old-timers.Then came a cast that obliterated everything he believed about the police, the city, life itself: To avenge a firefighter killed in an arson blaze, he agrees to infiltrate a Luchese mob crew known for playing hide and seek with its enemies' severed extremities. An informant has recently joined its list of victims. But Armanti swears it will never happen to him.For his trip to the neighborhood known as "da Neck," he transforms himself into Vinnie "Blue Eyes" Penisi, an ex-con with an icy stare and a Lincoln full of silk shirts. Things go smoothly - until one night, in a dive called Sebastian's, wearing a wire taped to his chest, he hears something that clarifies the case. The wiseguys are getting tipped off by a police officer. Feeling his heart skip a beat, Armanti realizes that his identity may already be compromised. At any second, he may be shot.The odds against him escalate when the officer selling him out is revealed as the son of one of the NYPD's most powerful commanders. James Patrick Wrynn, an Internal Affairs veteran, has friends in high places and is determined to save his boy gone-wrong. "What kind of world would it be," he demands, "if we gave up one of our own?" As the months pass, Armanti learns just how tough it can be to break through a wall erected by the cops' top brass. But he doesn't give in. Not when he starts getting threats from late-night callers. Not even when he overhears the chief of Internal Affairs say he wants Armanti's head "on a silver platter."Now retired, undercover detective #4126 can at last share his harrowing experience. David Kocieniewski brings it to explosive life in a book destined to rank with police classics. Here, in all its complexity, is New York City where the powers of politics, crime, and the police clash and intertwine. Here is an unforgettable police hero, battling the system alone, fighting for his life, sticking to his oath. Read Less

Goodreads reviews for The Brass Wall: The Betrayal of Undercover Detective #4126

The Brass Wall: The Betrayal of Undercover Detective #4126